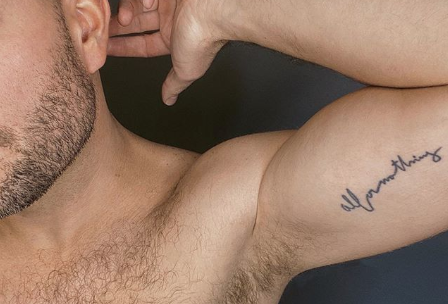 THE LONG STORY: “ALL OR NOTHING”

I’ve lost track of how many times I’ve seen Cher. Kidding. This last time was the ninth time. And over the years I’ve been asked by so many people: “Why Cher? Why are you so obsessed?” It’s always been hard to put into words, but I’m going to try.

For me, this is always more than seeing a show. It’s a flashback to 1998 in the back of a friend’s mom’s blue Dodge Caravan on the way to go ice skating and hearing “Believe” on the radio for the first time. At that time the song was different than anything else out there — it was truly a new sound. Ok, it was autotune. But there was a triumph in that song. In that voice. A triumph that resonated with me on a level I couldn’t even begin to see or explain at that time. It started then.

It wasn’t long after that that Cher performed her Believe tour in Vegas that was also aired on HBO. I recorded it and played it over and over and fell asleep to it on a countless number of nights – sometimes the same nights where I’d lie awake scared of my own truth. But when I watched I could get lost in dance. In lights. In wigs and costume changes. I could get lost in a place where I saw gay people in an audience having fun and being themselves, with a woman at the center of it all just making people happy. But at this time I didn’t understand that coming out was a thing. So I fell in love with the escape.

Flash forward a couple years: I’d burned a copy of the Believe album that I would keep in my car. But I labeled it as something else out of fear that some of my friends would find out I was listening to Cher and, therefore, know I was gay. I guess at that time I naively assumed that was my only visible trait. Ha. Once I came out, while as trivial as it might sound, I realized that I could now listen to Cher with anyone. It didn’t have to be a secret and my favorite song, ‘All or Nothing,’ went from something I felt I had to hide to something that I vowed never to hide again.

My tattoo of ‘All or Nothing’ written in my own handwriting became a symbol to myself that I would never again hide who I was either. I would no longer need to escape.

CONNECT WITH NATE ON SOCIAL